These possible-needle-in-haystack problems (ones where we're not sure the needle is actually there) are all governed by the same underlying information process: in any given period of time, you have some probability of establishing a hypothesis with 100% certainty, but no chance per se of absolutely falsifying it. It's in there somewhere... maybe

We can put numbers on the question by considering two search methods which represent extreme cases for favourable searching.  The first is when you exhaustively search the haystack, straw by straw, until the needle is found, in very much the way that the Mythbusters did.  The second is when you randomly choose bits of the haystack to search, so that at any given time you might be searching part of the haystack you've already ruled out. 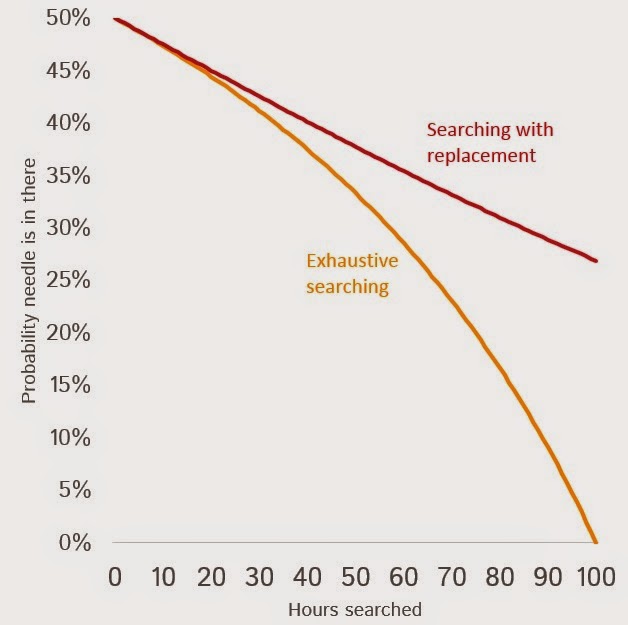 So intuition, which suggests systematic searching is better than random searching, is right in this case.  It is possible to imagine search strategies which are worse than random searching with replacement, which would involve being more likely to search areas you'd already looked at.  But in general, if it would take you time T to search the whole area, absence of evidence after time T will mean that absence is at least three times more likely, relative to presence, than it was when you started.
Posted by Nick Hare at 07:35