While at Los Alamos, Richard Feynman designed an interesting way of debugging computer programs before the computers actually arrived: 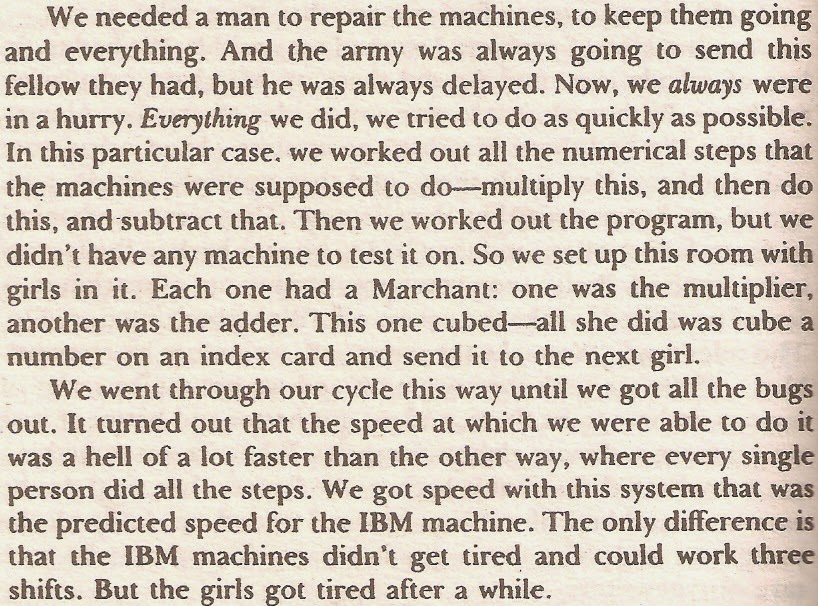 From 'Surely You're Joking, Mr Feynman'

Effective application of cognitive structures and analytical techniques is somewhat like this.  Breaking an analytical approach to a question into a series of separate, logically-sequential, cognitive tasks makes each of the stages easier to perform and, as an added bonus, gives you an audit trail for the final answer.  The CIA's Tradecraft Primer suggests the following approach to task sequencing: 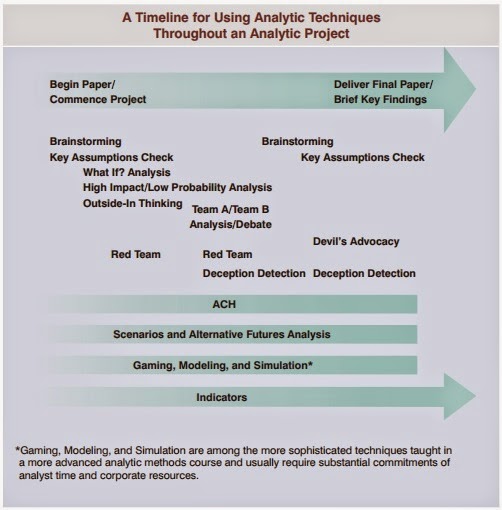 In the UK, the MOD and Cabinet Office intelligence analysis guide, Quick Wins for Busy Analysts, contains the following: 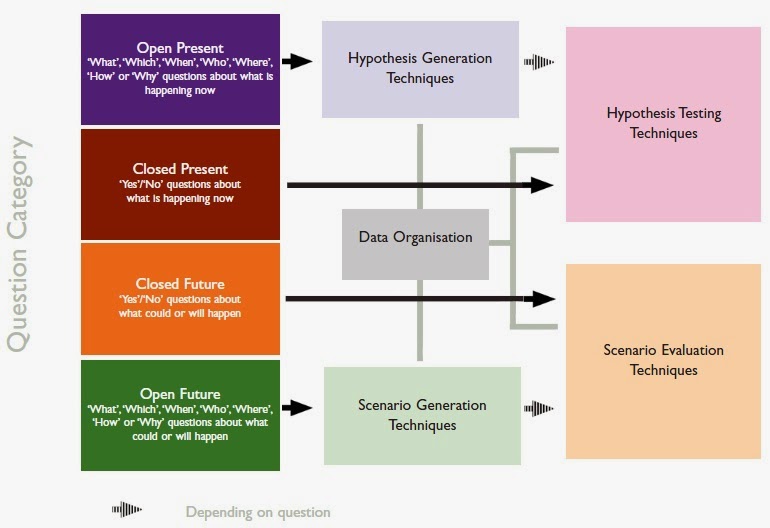 What these have in common is the evolution of a project from divergent, creative types of approach to convergent, critical, probabilistic assessment, or in other words from hypothesis generation to hypothesis testing.  In other words, good analytical sequencing is the application of the scientific method.  In the words of Richard Feynman again:

"In general we look for a new law by the following process. First we guess it. Then we compute the consequences of the guess to see what would be implied if this law that we guessed is right. Then we compare the result of the computation to nature, with experiment or experience, compare it directly with observation, to see if it works. If it disagrees with experiment it is wrong. In that simple statement is the key to science."
Posted by Nick Hare at 16:59